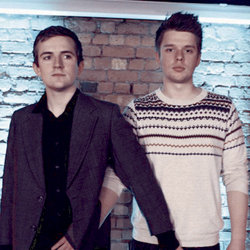 Growing up on the streets of rural Cambridgeshire, Ben Hustwayte, 'smilingly funny observations' (Leicester Mercury) and Jack Campbell, 'star quality way beyond his years' (Off-Beat Magazine) only had their wit to survive, and now they bring you an hour of hilarious stand-up comedy! The lads take half an hour each to discuss such useless topics as snooker, bears and a Hyundai Atoz! Now let's get it on!