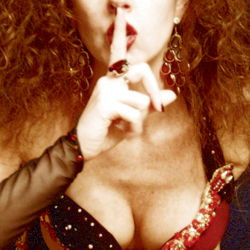 Written and performed by Galit Mersand. An inside look into the delirious world of the belly dance diva with off the wall experiences and unexpected insights. It's safe to say that 'outside the box' is where you'll find her and with her ever growing repertoire of dance, songs and witty text, Galit Mersand is an all singing, all dancing, one-woman extravaganza. 'Not so much a bellydancer who tells jokes, but one who spreads an infectious and amorous wit which inspires women and renders men speechless...' (Absolute Brighton). Hilarious, sexy, witty.