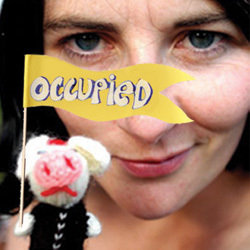 Amy first stayed at 53 Frederick St with the romantic notion that just like JK Rowling she'd busy herself away in a luxury hotel room, writing a best seller which would later spawn a new generation of child actors and ensure that she too could move to Edinburgh and marry a doctor. Then her friends in Glasgow demanded she go to visit them and perform every piece of comedy she'd ever written right there in their living room. Fully submissive and laden with props, she now completes the circle, returning to Edinburgh to bring the occupied movement to you.