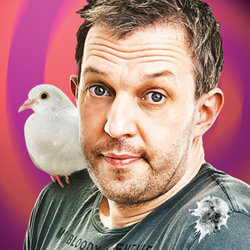 On the 6th and 7th tickets are two for one.

Alan was too lazy to get a proper job so he became a magician. Was this a mistake ... it felt like that sometimes. Quirky illusions and hilarious tales from Alan's magical life, mainly about tricks going horribly wrong. From ITV's Fool Us, 'We loved your act' (Penn & Teller). 'Very funny indeed. He's found a rich seam in digging at the ludicrous conventions of magic acts and as it turned out, his tricks were pretty good too.' (Stage). Warning: may contain LOLs, OMGs and WTFs. No refunds.