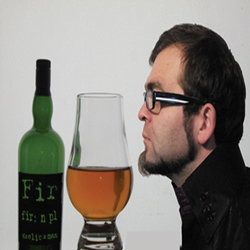 Includes whisky tasting. ID REQUIRED. If you look under 25, you will be asked for Proof of ID.

The show title has been changed from Whisky Fir Dummies 2.0 due to legal reasons.

Six malt whiskies to be tasted, many laughs to be had. 'Mercifully, Anderson isn't just some Scotsman who wants to get drunk with you, he's a passionate whisky enthusiast who absolutely needs his audience to learn about the magical amber liquid.**** '(Adelaide Advertiser). 'A very funny and genuinely informative show **** '(ThreeWeeks). 'Inventive, fun, light hearted way to learn about whisky' (Scotsman). 'Warm and hilarious' (Chortle.co.uk). 'Very humorous ... good night out for anyone **** '(Adelaide Advertiser).