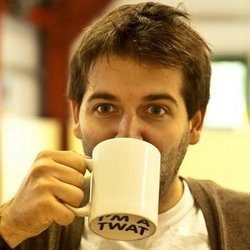 If your worst New Year's Eve was the time you cried alone in the toilet, it won't be now! Adam Larter has travelled back in time to celebrate New Year's Eve with you. With the massive budget he's been given by his completely legitimate sponsorship from Fosters he'll have fireworks, roller-skating and possibly a joke. 'The sheer volume of his daft ideas is stunning ... a very disorganised genius' **** (Skinny). 'Had the audience giggling with bemused laughter ... certainly one to watch for the future' (Three Weeks).