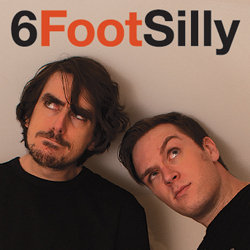 If you've 'bean stalking' Darren Walsh (6' 8") and Mark Diamond - 6' 6", then you'll know how determined they are to produce a stand-up show even more absurd than their physical proportions. With video, audio, outrageous physical clowning and props, 6 Foot Silly takes stand-up comedy to new heights, and guarantees an event where the only thing taken seriously is idiocy. Last year, Darren (Luton new act of the year 2012 and a runner-up in the Laughing Horse new act 2011) took the show Giants of Comedy to the Fringe, **** (ThreeWeeks). **** (List).