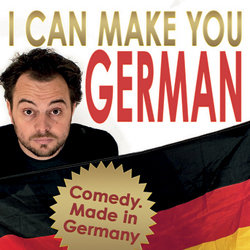 Funnier than ever, German comedian Paco Erhard's hit show returns to Edinburgh after its world tour. Named one of the best 10 shows at the Edinburgh Fringe 2011 by www.fringereview.co.uk, a year of touring has stuffed the show with even more great insights and jokes. Hard-hitting, radical, hilarious, and honest, it is the first ever stand-up show to hold a mirror up to real present-day Germany and Britain. No wounds unsalted, no punch lines pulled. You will laugh. If you want. Zis is not an order. ***** 'Genius' (EdinburghGuide.com). ***** 'Hysterical' (BroadwayBaby.com).