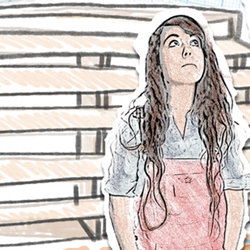 Prepare yourselves for the spelling challenge of a lifetime as six plucky adolescents compete at the Putnam County Bee. Different every night as visitors to the bee can compete to win the title. Touching musical comedy from the company that brought you 2011 sell-out Godspell. For Patch of Blue Theatre 2011: 'Patch of Blue light up the Fringe' (Musical Theatre Matters). 'Utterly mesmerising' ***** (ThreeWeeks). 'Sheer joy' **** (WhatsOnStage.com). 'Beautiful, intimate, interactive... will access the whimsy in even the most jaded fringe goer' **** (Scotsman). 'The performers give their hearts and souls' **** (BroadwayBaby.com).