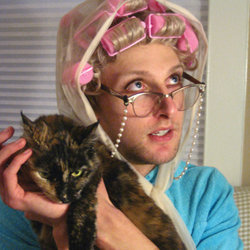 Get on this bus, it's free! Sex-deprived cat ladies, imperialist hobos, and jaded invisible friends. These are fewer than half the raucous characters who frequent the Minnesota bus line, 21A. Follow eight public transit frequenters as they each live the same six minutes leading up to a gunshot and some delightful panic. Master storyteller Kevin Kling's play, stars the many sumptuous subconscious states of sly chameleon Neal Beckman. Directed by Sandra Thomas, the fiery bombshell of The Property Known as Garland. Get on that bus too!