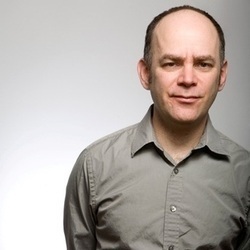 Todd Barry returns to Edinburgh after seven years. Whilst away he played Mickey Rourke's mean boss in The Wrestler, the annoying bongo player on Flight of the Conchords, and toured with Ricky Gervais - who named Todd as one of his two favorite comedians of 2009. Todd titled his show American Hot because that's what he orders at his favourite UK-based pizza restaurant. 'Infuses his observational comedy with a wonderfully individual disdain' **** (Times). 'Barry is so beautifully arid he is positively parched.' **** (Evening Standard).