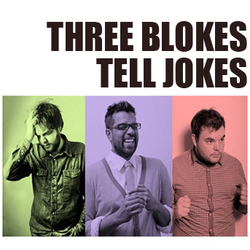 Join these three hotly tipped comedians for an hour of fantastic comedy whilst they're still free. With 10 comedy competition finals between them, Lloyd Griffith 'inherently funny ... very neat lines' (Chortle.co.uk), Robin Buckland 'wittily grumpy' (Chortle.co.uk) and Romesh Ranganathan 'charmingly hilarious' (Latest 7) are attracting such interest and acclaim from key figures in the comedy industry. These three blokes will tell hilarious jokes and stories that will certainly brighten your day, which makes this a highly recommended show that should certainly not be missed.