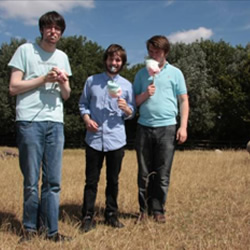 The Edinburgh Festival Fringe is the greatest arts festival in the world. Plenty for all to see! So why Sheeps? "Excellently silly ... great deal of promise" (Scotsman). "Smart gags ... winning delivery ... very intriguing prospect" (Chortle).

Sheeps: A Sketch Show brings together a selection of sketches, skits, characters and songs including a medley of showtunes from Sheeps' original musical adaptation of Oliver Twist, shrewdly observed and abstract sketches and at least five minutes of material that's been cut from the show.