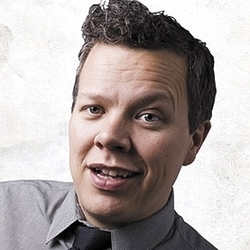 Beat This, the music-based game show from 'brilliant musical comedian' (Time Out) Rob Deering, returns to the Pleasance this Edinburgh. Four stand-ups battle and banter it out over the highs and lows of rock and pop, with Rob providing the live music. Laughs, classic tunes and top-notch guests (previous shows featured acts like Frank Skinner, Danny Wallace, Lucy Porter, Greg Davies, Andi Osho and TV ledge Ed Hall to name but a few) beautifully mixed and mastered by your host Rob Deering, a 'massively engaging intelligent comic offering a cracking mix of songs and silliness' (Guardian).

The 2011 Fringe sees the return of Rob Deering's Beat This, the late-night live music pop quiz - on every Friday and Saturday in August. Featuring four different top comics and a whole new show every time, this festival favourite is the perfect way to round off - or kick off - your festival night out. Previous players include Frank Skinner, Greg Davies, Lucy Porter, Danny Wallace and many more; check @DeeringRob on Twitter for up-to-date listings.

In the three years since his last full Edinburgh run Deering has gone from strength to strength in the rest of the world; as well as being one of the UK's finest headliners he has recently toured throughout the Middle East and Asia. Rob's stand-up television appearances include Comedy Rocks (ITV), Sing If You Can (ITV), Celebrity Total Wipeout (BBC One). It was Stewart Lee who said, "In a parallel universe, Rob Deering is the king of Saturday night television", but it may turn out to be in this universe after all. Rob has provided daily coverage for ITV's I'm A Celebrity and was the winner of the Weakest Link Comedians Special on BBC One. However he may still be best known for drinking his own wee on 99 Things To Do Before You Die (Five).

In 2008 Rob began hosting the monthly stand-up and music night Comedy Congregation, with headliner's including Russell Howard and Stewart Lee and has performed as a regular at Frank Skinner's Credit Crunch Cabaret.