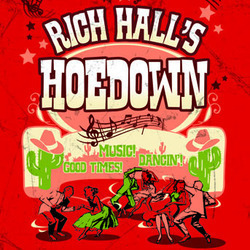 Book now for one of wildest shows to be seen at this year's Fringe as the Hoedown hits town. Rich Hall will also be performing his own stand-up show throughout the Festival at 9.40pm also at the Pleasance Grand.