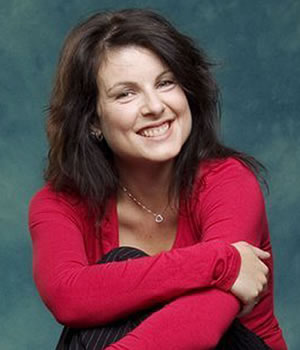 When watching Irish musical comedian Tara Flynn I found myself smiling all the way through. Sadly, I was not laughing much, which is the main point of a comedy.

Flynn certainly does appear to have a talent for singing, although she herself admits she is not able to play any musical instruments. All of the songs were pre-recorded versions of musical tracks played by her band-mates who were not in attendance. Now, in terms of musical comedy, I think that at least one of the people performing should actually be playing an instrument live in order to make it a good gig.

If you are solo performer and you cannot play anything, you really need your band with you. Then again, you could say that of any musician. For example, I'm a big fan of Joy Division, and while Ian Curtis was a great vocalist and could also play the guitar a bit, you need all the units of the group to make it work.

To be fair, there were several songs that I did like, such as her number about tolerance: The Fog from the film The Fog; her Bjork parody and her song mocking nostalgia for the 1980s. However, a pity really.