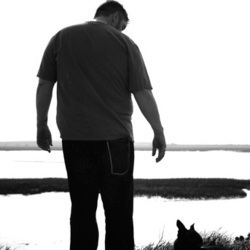 Surprising like Oates climbing back into Scott's tent with a cheery hello is surprising. Jupitus returns to what he does best, stand up. Erudite, troubled, occasionally mean, if you've only ever seen him on TV being convivial in a sweater then expect to spill your drink in fury/joy.

Surprising like Oates climbing back into Scott's tent, Phill Jupitus returns to what he does best; stand-up. Erudite, troubled, occasionally mean, if you've only ever seen him on TV, expect to spill your drink in fury/joy. Catch Phill Jupitus nightly throughout the festival at The Stand at 8.15pm.

Veteran to the world of performing, Jupitus quit working in the Job Centre in 1984 to become a ranting poet, quickly rising to prominence supporting such bands as The Style Council and The Housemartins. After years of sharing his political poems whilst on tour with music legends such as Paul Weller, The Who and Madness, Phill landed himself his own radio show at BBC Greater London Radio and never looked back.

One year later, in 1996, Phill became a familiar face when he became team captain on BBC'2 Pop quiz Never Mind The Buzzcocks. Twenty three series' later Phill is the last man standing from the original line-up, his infectious giggle, quick remarks and cheery sarcasm proving a hit with audiences. In the same year Phil took to the stage for his first UK Tour; Jedi, Steady, Go where he performed an original and hilarious personal interpretation of the Star Wars story. This was followed by the hugely popular second tour in 1999, Quadrophobia.

Aside from Never Mind The Buzzcocks, Phill currently appears as a regular guest on QI (BBC2), while on BBC Radio 4 Phill is a regular member of the award-winning News Quiz in addition to numerous presenting work on such shows as Phill Jupitus' Comic Strips and The Man Who Bought Hendrix's Stage.

In the Autumn of 2009 Phill graced the West End stage in the hit musical Hairspray playing Edna Turnblad receiving critical acclaim for his performance. His most recent stage role saw him playing King Arthur in the UK and Irish tour of Spamalot during Spring 2011.

The summer of 2010 saw the book release of the ex-host of BBC 6's Music critically acclaimed breakfast show, Good Morning Nantwich - Adventures In Breakfast Radio, where not only does Phill discover the answer but finds out what really makes the listening nation tick first thing in the morning. A paperback version of the book has also just been released and available to buy now.

Phill will also be re-issuing his DVD Arachnophobia (Universal Pictures UK) later this year. Details tba shortly. Back at the Edinburgh Fringe Festival for the first time in four years, now is the chance to see a true comedy legend in this very special and rare show.