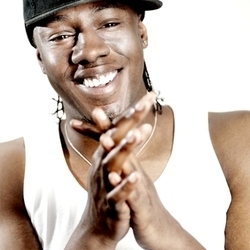 The award-winning comedian (as seen and heard on ITV's FHM Stand-Up Hero and BBC Radio 4) tackles everything from race to your mum jokes in a hilarious show that will leave you no doubt as to why Caton is regarded as one of the hottest rising stars on the scene with a glittering career ahead! 'Confident, charismatic and upbeat (Chortle). 'Compelling, well-observed stand-up' (The Guardian). 'The most exciting young black comic on the scene' (Fest).

Nathan leaves no subject untapped in his quest to mine comedy gold, unflinchingly discussing everything from the sublime to the ridiculous. He covers topics as disparate as race and politics, to his oh-so-wrong 'your mum' joke duel with a nine year-old girl.

This is an hour of laughs and cutting edge insight that will leave you no doubt as to why he is regarded as one to watch by his audience, his peers and the comedy media.

Nathan's television credits include FHM Stand Up Hero (ITV4), The Nathan Caton Show and World Stands Up (both for Comedy Central), The Wall and Little Miss Joscelyn (both BBC3), and Comedy Cuts (ITV2).

His radio credits include The Now Show, Loose Ends and Living With The Enemy (all BBC Radio 4), Bare All and Christmas Special (both BBC Radio 1 Xtra), and BBC Comedy Awards (BBC Radio 7).
He is also a prolific writer and as such has worked on shows including The News Quiz (BBC Radio 4), Rastamouse (CBBC) and The Nathan Caton Show (Comedy Central).