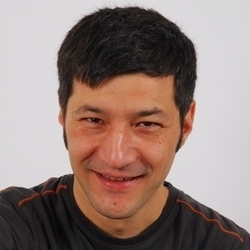 The new show by the Malcolm Hardee Award Nominee 2010. One man's journey from a small Greek island to the bright lights of London (via Dagenham). 'Manos the Greek is very good, his humour extends to economics, etymology and couscous' (The Scotsman), 'See Manos, laugh and learn something along the way' (ThreeWeeks).