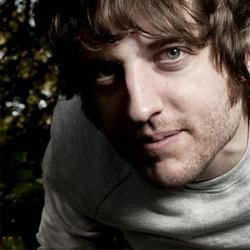 A chance encounter with a celebrity, an accident at a wedding and the good old-fashioned drunkenness of others make this show by Fringe favourite James one to remember. A regular at Britain's top comedy clubs, the Australian comedy festivals, BBC Wales Rhod Gilbert Show and with an appearance on Russell Howard's Good News programme under his belt, James makes for charming company. This is another hour of hilarious, freewheeling storytelling from one of Welsh comedy's rising stars. 'Complete joy' (Time Out), 'Hugely appealing' (The Guardian), 'Charming, impish, excruciatingly funny' (The Scotsman).

Affable Welshman Elis James makes a return to the Edinburgh Fringe with Do You Remember The First Time?, an hour of jokes and anecdotes focusing on life's formative experiences: from his first kiss to learning the dangers of slipper-soled shoes; from his mum's Russian Roulette approach to parenting to the importance of understanding exactly when it's appropriate to pee in the swimming pool.

Elis has made quite the name for himself as an engaging storyteller, weaving Jackanory-style tales about love, life and foreign toilets that have audiences rapt. An equally sharp gagsmith, this year finds Elis mixing it up, blending gags and shorter stories with his trademark yarns. Do You Remember The first Time? follows on the success of last year's Daytripping and his debut show, Elis James: The Most Cautious Little Boy In Wales in 2009.

Elis began his comedy career in 2005 and was soon a circuit stalwart. In 2008, he took part in Avalon's new act showcase The Comedy Zone, following in the prestigious footsteps of Harry Hill, Al Murray, Stewart Lee, Ross Noble and Noel Fielding.

Since then, he's supported fellow countryman Rhod Gilbert on nationwide tours Who's Eaten Gilbert's Grape? (2007), Rhod Gilbert And The Award Winning Mince Pie (2008), and Rhod Gilbert And The Cat That Looked Like Nicholas Lyndhurst (2009). Elis also steps in to present Rhod's Radio Wales show when necessary and is currently writing two pilots commissioned by Radio Wales and due for broadcast in August.

Last year, Elis performed as part of Mary Tobin's Best Of The Edinburgh Fest show at the Melbourne, Adelaide, Sydney and Brisbane comedy festivals, and was then part of the Melbourne International Comedy Festival Roadshow, performing to people on a tour of the Australian outback. He also made his first national TV appearance on BBC3 hi, Russell Howard's Good News. Elis is also a regular guest on weekly Radio 5 Live topical show The Back End Of Next Week alongside Seann Walsh, Josh Widdicombe and Carl Donnelly.

Endearing, candid, witty and warm, Elis is a natural performer and is guaranteed to be the only Fringe act with a story about Jim Rosenthal's wasp cock.