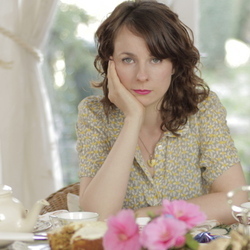 Join Cariad with her hilarious and affectionately drawn cast of characters: Jacque the parkour expert, Andrew the 7-year-old stand-up, Judith the happiest cult member, Cariad the actress and her audition monologues and Cockney Sam's tales of woe in a debut show from this acclaimed character comic. Cariad is a highly praised comic and improviser who has worked in the US and Canada. Directed by Ben Wilson (Idiots of Ants). 'Cariad Lloyd is very funny. Go and see her while you can still afford the ticket' (Rob Brydon), 'Stand out performer' (Ian Shuttleworth, FT).