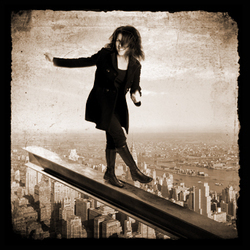 Tara Flynn - Big Noise / PBH's Free Fringe. Tara Flynn is a kind of woman, in a way. From Ireland, like that cheese you're always going on about. Maybe you've seen her on telly (The Impressions Show, Stewart Lee's Comedy Vehicle) or crossing the street if you were there at the time. Now she's singing hilarious songs in a room, in front of your face, for free. You'd be thick to miss this party. 'Deserves to be a far bigger star than she already is' (One4Review), 'Delightful musical comedy ... wonderfully twisted ... had her audience in stitches' **** ThreeWeeks).