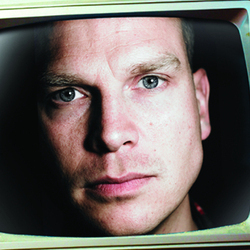 Star of Penn and Teller: Fool Us (ITV1), award-winning TV magician Ali Cook returns to the festival with a brand new show, Ali Cook - Principles and Deceptions, at the Gilded Balloon Dining Room. Expect the kind of awe-inspiring magic and stunning illusion that knocks out some of the world's finest conjurors.

Ali, a Silver Star associate member of the Inner Magic Circle, is renowned for inventing original magic effects and pushing the boundaries of what is possible onstage. In 2010 Ali received nightly standing ovations for the finale to his show, a Houdini style water tank escape so fast and furious that Ali wasn't the only one left gasping for breath.

His unique approach sees him performing large-scale illusion on an intimate stage with the audience up close and personal. His irreverent style and acclaimed sleight-of-hand have made him one of the pioneers of the alternative magic scene. As a result, he has an array of famous fans and has performed at private parties for Damien Hirst, JK Rowling, Minnie Driver and Basement Jaxx, as well as premiere parties for movies including the Harry Potter series and Catch Me If You Can.

He has written and starred in many high-profile TV series including Monkey Magic, Psychic Secrets Revealed with Derren Brown and the darkly twisted Jerry@Trick sketch show with Jerry Sadowitz (all for Channel Five). He was also the star of Channel 4's critically acclaimed late night show, Dirty Tricks (nominated for a British Comedy Award and The Golden Rose of Montreux).

Ali's latest acting credits include roles in American director Gershon Hinkson's new film The Turtle and the Nightingale and most recently playing the feature role of Stevie alongside Bob Hoskins in the British Film Outside Bet, directed by Sacha Bennett and due for cinema release later this year.