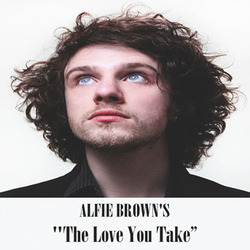 Obsessed with notions of artistry and morality, Alfie Brown uses evocative and extraordinary language to condemn the demise of culture and articulate the importance of imagination, having an opinion and love... in a very funny way. In Edinburgh 2009 he took part in new act showcase The Lunchtime Club for which he received four superb reviews and one good review. He was also part of Mark Watson's The Hotel, which received uncontested praise, and a Fringe First from the Scotsman.