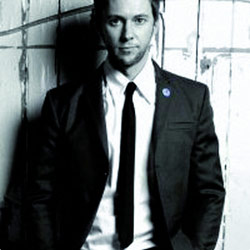 A show for people who like comedy, featuring three very different acts combining jokes, storytelling and all round funnery. Luke Benson, five-times finalist and new comedian of the year nominee; Lou Sanders, writer and star of BBC3's 'Laughter Shock' sketch and stand-up show and 'James Redmond' off of 'Hollyoaks' when it was alright, 'SM:TV' and 'CD:UK' before they got axed and 'Casualty' when it won a Bafta.