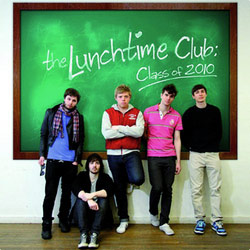 With five new up-and-coming comics at the Tron as part of the Five Pound Fringe, there are high hopes for The Lunchtime Club: Class of 2010 which this year includes:

- English Comedian of the Year finalist Joel Dommett, who co-presents The Paul Foot Radio Show on Resonance FM and has appeared in E4's Skins and ITV's Teenage Kicks.

A creation of Jon Briley and Lisa Keddie - partners in Best Medicine Productions, formerly known as Good Sense of Humour (GSOH), the company behind the Five Pound Fringe - The Lunchtime Club offers rising acts the chance to showcase their talent at the Fringe, each performing a 10 minute set.

The Lunchtime Club: Class of 2010 embodies the Five Pound Fringe's aim of encouraging Edinburgh Fringe audiences to take a chance on new comedy talent that has been identified by Best Medicine as the next in line to make the breakthrough on the circuit.