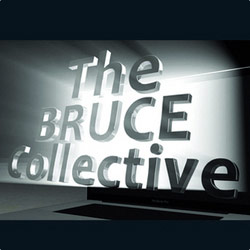 'The Bruce Collective' drag improv comedy kicking and screaming into the 21st century. Join them as they improvise a film in front of your eyes! You choose the hero, you choose the villain, you choose to choose. Four men, two laptops, one green screen, one hell of a movie! Winners Leicester Comedy Festival best new show 2008.