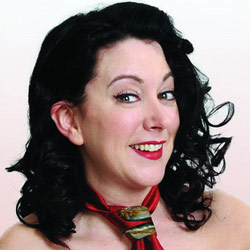 If you've never had a Kipper Tie with two sugars then you've never had a cup of tea in the Black Country. Susan was raised in the West Midlands by her Scottish family. She has the Glaswegian attitude, which doesn't match her Brummie drawl. This Brumwegian (or Glummie) has been badly dubbed all her life! Come and listen to Susan's hilarious obsession with accents. Think Frankie Boyle meets Julie Walters. 'If you only see one comedian in Edinburgh, make it Susan Murray you lazy bastard' (Jeremy Hardy). 'A real talent' (Edinburgh Guide).