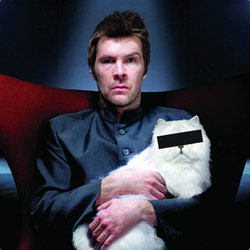 Star of 'The Royal Variety Performance', 'Live At The Apollo' and 'Michael McIntyre's Comedy Roadshow'. Last year this show sold out before the festival even started. Back by popular demand for eight nights only. Stung by accusations that he over-reacts, Rhod sets out on an emotional rollercoaster of a journey to discover the truth. Is he, as he believes, a visionary in a sea of closed minds or has he, as everyone else believes, got anger-management problems? 'One of the best comedians anywhere in the world' (Time Out).