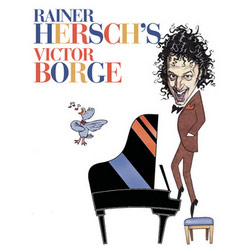 Victor Borge was a brilliant pianist and virtuoso comedian - 'the funniest man in the world' (NY Times). In the revival of this 'Broadway quality show' (Montreal Gazette), his extraordinary life is retold and his hilarious act re-imagined for the 21st century by his natural successor - star of BBC radio and TV, Rainer Hersch. Total sell-out at the Edinburgh Fringe 2004, Adelaide Fringe 2006 and at theatres across the world. 'A tear-streamingly funny tribute' (Scotsman). 'Two great comedians for the price of one' ***** (Metro). 'Don't miss this divine comedy' (Daily Mail). www.universalartsfestival.com