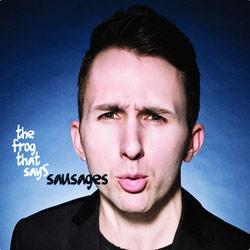 Nathan prepares for his Royal Variety Performance, where he'll bin anything offensive and instead do jokes that everyone in the world adores. Warning: Contains most offensive joke ever. 'An incredible act - gloriously entertaining' (Chortle.co.uk). Debut solo Edinburgh show from this edgy, warm and award-winning stand-up. See a comedian who pushes boundaries of bad taste try to change. Nathan is also a playwright, script-writer and novelist, recently winning the Sir Michael Caine award for new writing in theatre. Catch his stand-up before the Royal Variety Performance ruins him!