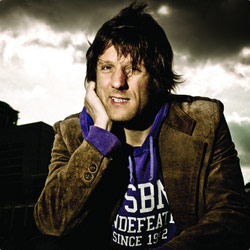 After last year's festival, award-winning comic and Perrier nominee Luke Toulson ran away. He had considered himself a loveable rogue ... a loose cannon, a rapacious wit with an eye for the ladies. Turns out he was just another lonely alcoholic. Exploring love, loss, and addiction, Luke reveals how daughters are better liars than sons, Playboy models don't make great wives, and wearing a hoodie doesn't mean you're destined to lose at 'I Spy'. This is the account of a man who tried cynicism, but realised it wasn't all that. 'A gifted comic' (Sunday Times).