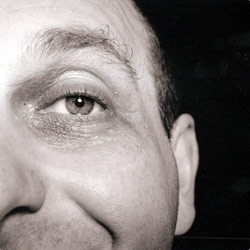 17 AUGUST 1985, SOUTHSIDE YOUTH CLUB, EDINBURGH, 1AM:
Five young Fringe comedians meet up and perform a series of comedy improvisations to an audience of three sleeping drunks and an off-duty policeman. The Comedy Store Players are born.

...and comedian and writer Dave Cohen is back at the Fringe with My Life As A Footnote, his first new one-man show in 16 years: a stand-up poem about young love, great music - and Phil Collins.

So the question is: whatever happened to the other two comedy improvisers, Paul Merton and Mike Myers?