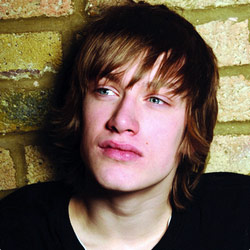 Scotland's 19-year-old comic prodigy and typical half-man-half-Xbox, hormone-ridden teenager started doing stand-up when he was just 16. In 2008 Daniel became one of the youngest-ever So You Think You're Funny? finalists. He wrote for Frankie Boyle on BBC's 'Mock the Week', was the first stand-up on 'Paul O'Grady Show' and sold-out his first solo Fringe. Clips: www.danielsloss.co.uk. 'Star of the future... Charming, self-deprecating and genuinely funny' (Time Out); 'High-energy dose of coming-of-age laughs' (Independent on Sunday); 'Nothing short of hysterical... Stunning show of observational humour' (Sunday Express); 'Precociously talented... Has them rolling in the aisles' (Scotsman).