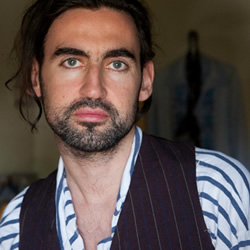 Malcolm Hardee Award 2008 nominee and ThreeWeeks Editor's Choice Award 2009 winner. Follow the hilarious and touching journey of an Irish gypsy fiddler through drink, drugs and near-death experiences. The award-winning, globe-trotting show returns to the Fringe! Join Aindrias for an hour of craic and song, travel through the highs and lows and discover how much life can truly be lived on 80 quid. 'Most people are content to merely kiss the Blarney Stone, but rumour has it that Aindrias de Staic took it away for a dirty weekend...' ***** (GlamAdelaide.com.au).