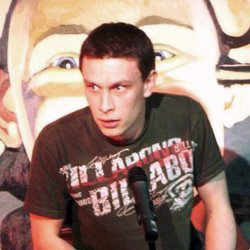 Expect anything and everything as rising star Richard Gadd takes to the stage with his unique blend of character and musical comedy. From surrealist self-deprecation to misanthropic balderdash and flustered anti-humour, watch as all sides of the comedy spectrum are tackled. One comedian; three characters. Something for everyone. Participant in BBC Radio Scotland's 'Funny Turns' 2010. 'A bright up-and-coming comedian' (BBC Radio Scotland); 'Terrific' (Scotsman); 'Appalling and hilarious in equal measure' (Qmunicate).