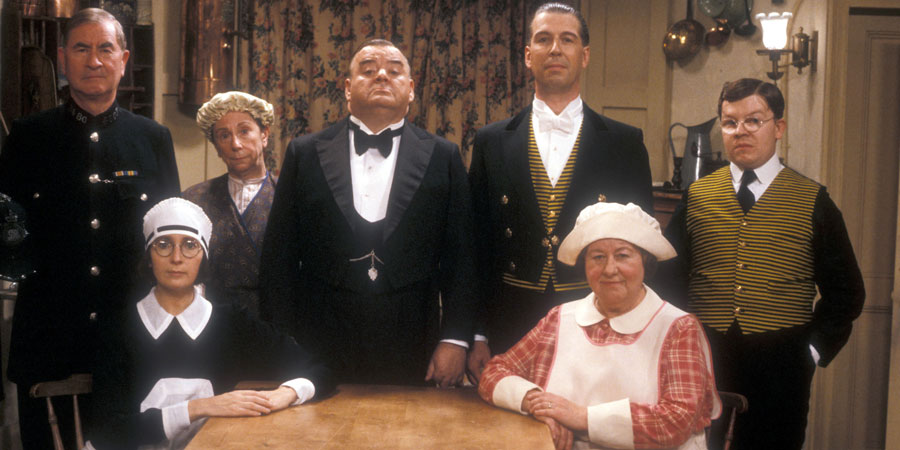 This is my first thread so be kind lol.

Does anybody remember the comedy series You Rang M'Lord ?

It ran from about 1988 to 1993 I think. It was unusual in that each episode ran for 50 minutes and not the usual 30 minutes that sitcoms normally get.

It also starred some of the cast of hi-de-hi, i'e. Paul Shane, Jeffrey Holland and Su Pollard.

Donald Hewlett from it ain't half hot mum also starred as Lord Meldrem.

He also had 2 daughters, Miss Poppy who was a spoilt brat and Miss Sissy who was the lesbian (though never outrightly said seeing as it was set in the 1920's).

Lord Meldrem also had a bit on the side in the form of Lady Agatha and she was always taken ill at family gatherings much unknown to her husband Sir Ralph.

There was also Lady Lavender played so marvelously by Mavis Pugh (who died quite recently I believe) and her parrot and she always had a habit of giving things away much to the chagrin of Lord Meldrem.

And there was also the honorable Mr Teddy (Meldrem's brother) and his love for servent girls and putting them in the family way lol.

And many other characters.

Anyway any opinions and discussion would be appreciated

I've not really seen much of it. Seemed more comedy-drama (but mostly comedy) than sitcom to me though? Anyway, what I have seen wasn't too bad. I'd watch it again.

Yes it has been shown on uk drama in the past but personally i can't really see how it could be considered a drama series.

Maybe because it is a bit of a spoof of the drama series upstairs, downstairs but still i don't personally consider it a drama series.

As you say more comedy.

Haven’t seen it for years but very much a Sitcom, thought it was a bit cheesy as a teenager, but surprised myself how much I enjoyed Hi-de-hi when I recently saw a repeat, so when given a chance I’ll give it a go.

Yes, I have all 4 series on DVD, I loved it.
PARROT: Come In
LADY LAVENDER: Oh shut up Come In
PARROT: Oh Shut up Come In

That gag has me in stitches all the time, Lady Lavender was definetly the best charactor.

I only have vague memories of it, but I know I liked it. I loved Jeffrey Holland!

I probably loved him more in Hi De Hi.

You really can find a picture of anything on google...

U can get a picture of anything on google

I loved Mabel the scullery maid, She's the lowest of all the staff and works 18 hr days for pittance.

And when they were tucking into a nice hot dinner she would be foaming at the mouth "I can't remember the last time I had roast beef" to which Mrs Lipton (cook) would reply "Mabel I have left some fish skins for you to make a soup with" lol.

Can't really say I was ever a fan. Now what's the best way to describe it? Ah yes, 'hi de hi' with nobs in it.

I could be way off but was this written by ronnie barker??