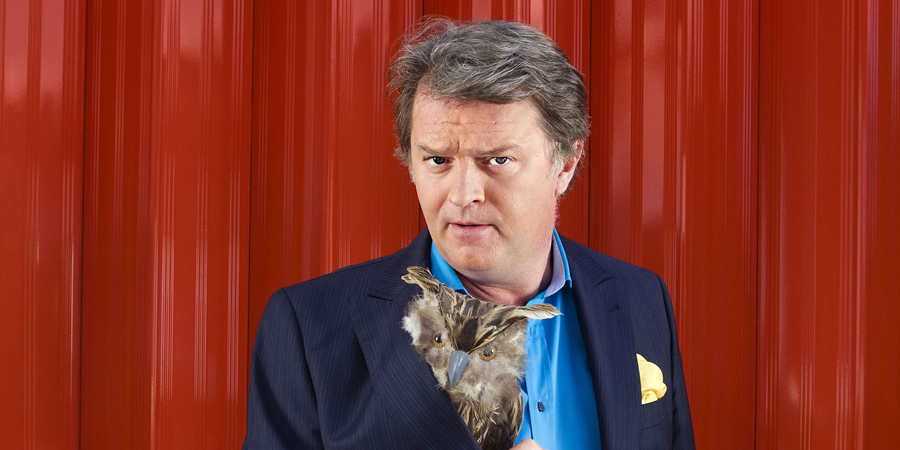 Long running radio panel game in which host Nicholas Parsons asks contestants to talk for one minute without repetition, hesitation or deviation

I would say he's definitely in the top 20, yes.

With that line-up, the life expectancy of the average listener from the moment he tuned in to the show would probably be "just a minute"!

With that line-up, the life expectancy of the average listener from the moment he tuned in to the show would probably be "just a minute"!

Wow. That is the most offensive thing I've ever seen. For Dapper Laughs to be included in a list of comedians.

As reported elsewhere on this site, Sue Perkins to be the new host of Just A Minute

Started to wallow with me new mint condition Classic Minute - Volume 2, and was pleasantly surprised that it was slightly different with NP giving a brief history of JAM, one fact of which I didn't realise, was that Nicholas hadn't been the chairman from the first episode.
Also, the format had slightly changed over the first few years as they played around with it - for example, there used to be only 3 panellists, had different chairmen**, often got the audience to decide, had odd rounds where they would introduce that you could also not use "the", "and" or "a", which did seem a bit daft as it slowed the whole thing down on the one I listened to; BUT what made it a bit of a mess was ** the one I listened to they had Kenneth Williams in the chair and Nicholas Parsons as one of the three panellists.
What a fiasco! Kenneth floundered a lot as he lost control of the game and made up rules as he went along, much to the frustration, and slight annoyance of Nicholas.

Thank Heavens they dropped all that and gave us the classic that it became.

Although I quite like Superkins I wouldn't call her inoffensive.

I think Perkins is a good choice. You don't want the host to be too in your face and overshadow the contestants.