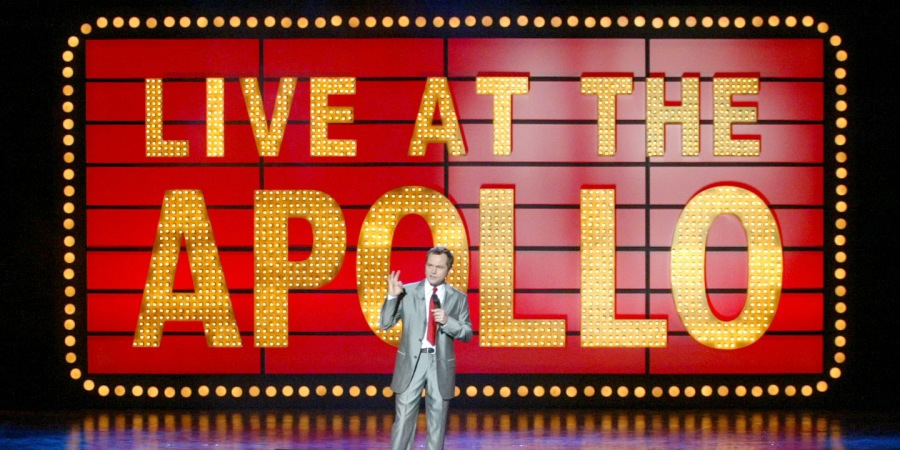 Live At The Apollo
Reply

I've just seen the second episode (Jimmy and Alan Carr). Bit of a revelation for me - I've never found Alan Carr funny, until now. Is it just me going temporarily funny in the head, or was that actually a rather sharp set he put together there?

They were both brilliant. So good you didn't have time to remember any of the jokes because there was another one coming up behind.

A bit too much "do you know what I mean?" for me, but both Carrs made me laugh. Jimmy is much derided for some of his material being obvious celebrity bashing or sexist smut, but there's a whole lot of cleverly constructed absurdist gags if you ask me. Okay, you didn't, but I'm saying it anyway.

jimmy is always funny for me, a true gagsmith compared to other styles of comedians.

Alan was a bit hit and miss and i switched him off. I did like the silent witness line though.

Never seen a set of Alan Carrs any longer than about 5 minutes.

Both very good though, I think Alan was a wee bit hit and miss, but still both very funny.

Superb show so far. Loved the first week, although I saw Russell Howard live a couple of weeks ago and a lot of the act was the same. Dee was brilliant and Manford, first time I've seen him, left a great impression on me.

Last night, Jimmy Carr was as good as always, although again, some old material. Alan Carr is someone I've always found funny on 8 out of 10 cats and he was great.

I love this show!

Ditto Badge, pretty much. Jimmy was good, and Alan I was surprised to find myself laughing at some of his stuff. His face and voice (particularly voice) make me want to kill things though.

I thought Alan was great, some real strong gags, much better then Jimmy's set which I like but have seen many times.

Who is on next week's?

LOL, you are the quickest reply in the west!

I thought Alan was great, some real strong gags, much better then Jimmy's set which I like but have seen many times.

I've seen neither previously, and vastly preferred Jimmy's. Admittedly a little biased because of Alan's voice, but it basically seemed to be "ooh, I'm gay AND I'm a minger, isn't life hard!"

LOL, you are the quickest reply in the west!

I don't know -but I want more of the same.

Here's what they say is coming up:

Jack Dee, who hosted the first two series' of Live At The Apollo, will host the first show, and during the series hosts will also include Jo Brand, Jimmy Carr (8 Out Of 10 Cats), Lee Mack (Not Going Out), Dara O'Briain (Mock The Week) and legendary US comedienne Joan Rivers.

I hope they pair up Frankie Boyle with Lee Mack, and Dara with Sean Lock.
Then I won't have to watch the rest! ;)