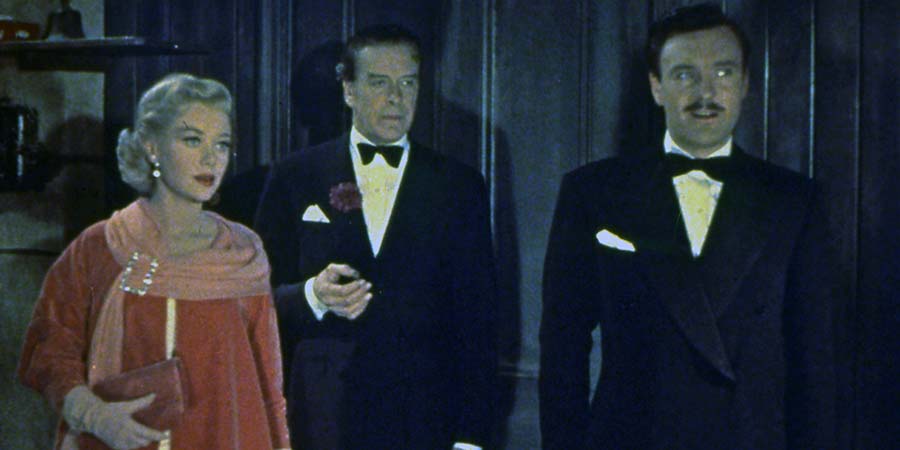 Pretty much slagged off on the IMDb, but I don't think it was that bad. Pushing it a bit to call it a comedy, but I thought the premise was OK and the bonus for me was to see Glynis Johns looking oh so sexy.

Donald Sinden and Peter Finch played the two men in her life, one of which she marries but still harbours feelings for the other. Also had a main part for Jack Buchanan (died two years after this film) as her uncle who relates her story to barman Victor Maddern. Also had William Hartnell as the police detective.

Minor parts for Thorley Walters, John Le Mez (identified him by his voice before I saw him) and HOORAY there's Sam Kydd again as a desk sergeant in the police station.

Not everyone's cup of tea, but I found it quite pleasant with a few smiles and no laugh out loud moments.