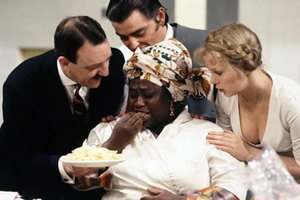 I watched this series on DVD and thought it was decent I liked it. Written by Jimmy Perry on his own, I thought it was a decent sitcom, with good characters and interesting plots. I don't know why people say it's one of the worst sitcoms, because imo it isn't. I like it. But everyone has different taste in comedy. Peter Sallis makes a fantastic appearance in this as great villain, his appearance reminds you of Dr Crippen a bit, His character was creepy but it was a superb episode. What are your thoughts on the series?