No, I'm not sure that the parka jacket smelled as such. It wasn't like the Afghan coat even before opium farmers and cave dwellers doing towering infernos. It was just that if you had been bought a girl's bike rather than a Chopper, one was inclined to bounce on a space hopper and ooze fun. That's while risking the occasional outing to play marbles in streets while adults who had sex issues in the main tried to run you down and murder you so that your brains were like salad in the kerb. Plus he tricked me out of my blood and glass alleys. David. Oh yes,as names it sounds so safe as names go. doesn't it. Smelly socks and all.

She had to open all the windows to release the idea that she was just serving up peas for our dinner and blamed me for letting him in though mostly she was disgusted that he took the piss out if Criytal Tipps and Alastair. But that is what happens to kids from disturbed families who become multi millionaires and fathers of twelve. Ah yes, we all did that running style thing then. Does anyone recall it? That sort of way of looking at yourself running having copied everyone else running while giving the nonchalant appearance of not looking at yourself running at all. All so that you didn't have to have testosterone injections when you got to 78 and a half. I think you will find that the we is in a common wee whether you like it or not and there is no I on the eye. But I'm just glad myself that we have all moved down the alphabet vowel wise from the A which whatever you want to add on to it is just trying to hold back time and E which is a sort of by gum and ferrets down your trousers over pants that you haven't removed for a fortnight. . I'm not sure that I trust any of it to be frank. Best to stick with British consonants. They go best with a Phaal, mask or no mask, in Luton.

So have Bellerin and Zaha left to play and am now third from the bottom. Could it get any worse - I've got to go out soon, perhaps I'll catch rona.

So have Bellerin and Zaha left to play and am now third from the bottom. Could it get any worse - I've got to go out soon, perhaps I'll catch rona. 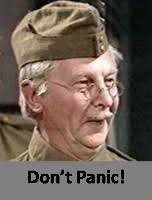 Very happy with 27 points this week with one to play.

Would have 29 points if Burke had been left on for another two minutes. To be honest I'm surprised he played as long as he did and no-one expected a Blades win.

Dreamland points for Ben on his wildcard, though I don't fancy his team for next week.

Don't get the fascination with City players - the points can come from anywhere and Pep's worse than Moo for f**king about with players positions. Surprised he hasn't put Jesus in goal.

Love watching De Bruyne. He's the answer to the question what would it look like if a farmer played premier league football. 15 stone with the face of Rufus Hound and the thighs of Sophia Loren. He hits the ball like a gyppo bashing in a circus tent peg.

And what can you say about Sterling? Not many people perform in front of the goal like him.

on to next week, I may have to bring De Bruyne in if they have a DGW
I think he's the one player you can almost rely on in Citys team

Everyone had the plague and could only buy eggs on Zoom.

When I went more deeply into the astrology of it, it turned out that the dramatic change, which was completed between Saturn and Jupiter on 12 Jan though it started before Xmas, favours only two people. A hen I happen to know and who was born in a totally unique conjunction of Aquarius. He has actually grown six fold overnight. He's all over my tiles now, bloody animal, with his twenty foot beak protruding through my rafters. The other is Sean Dyche.

So, yeah, one hundred years on, talk about it looks like history is about to be repeated.

Fiddle de Diddle, we're all goin' for a piddle.

In other news:
My big mistake this week was not captaining Phil Foden
I would normally have quit by now if recent seasons are anything to go by, but it is Lockdown so it''s either this or online Countdown
And I have a feeling I may have overtaken Kipper again which is always both inevitable and fun

Yes just for 'Jesus saves'. Well you'll have to do it again after next week Steve, unless you play your wildcard. Two chips in two weeks will test even your extravagance. I'm confident I'll come out of beechers brook better and win the chipmanship award. Although it's not been helped by the PL tinkering more than I do.

Not that I'm ungrateful, but how did Bellerin give me 8 points from the Arsenal/CP paint drying competition yesterday arternoon.

What a bloody shame you can't use multiple chips this coming week. I'd loved to have seen what a triple captain and bench boost would have made to my final tally.

(mutters f**k-all 'spect, knowing how my season has been going)

Ditto.
I'm sorry Horse (I really am, as you're clearly a nice bloke), BUT apart from Alf, I don't think anyone is reading your ramblings, which bear NO relationship to football, Fantasy or otherwise, and in fact, two or three people on this thread have asked you to desist.

I may well be wrong, but can't you see that you are wasting your time, so why don't you start a thread called, say "From the Horse's Mouth" or "Horse Chestnuts" and you can then gauge how many fans you have reading your abstract thoughts, which may well be stunning gems of wisdom, that most of us are probably missing as we are not reading them.

I don't think anyone is reading your ramblings, which bear NO relationship to football, Fantasy or otherwise, and in fact, two or three people on this thread have asked you to desist.

I don't read Radish's posts and I like him (have exchanged PMs). They do reference football though, as well as wanking, Frank Lampard, chickens and his holiness the 14th Delai Lama.

so why don't you start a thread called, say "From the Horse's Mouth" or "Horse Chestnuts"

Both of those are really good - especially the 'chestnuts one'. I concur.

This thread isn't the place to use your best material - or probably any material.

The only way I manage to keep posting here is to tell a third party who doesn't visit the site what I wrote. He then says; "No response?" And I say; "No, no response". And he cracks up.

why don't you start a thread called, say "From the Horse's Mouth" or "Horse Chestnuts"

You missed the obvious one, 'Horse Shit'.

Multiple accounts were registered under my IP address.

Now we know who registered them.

You missed the obvious one, 'Horse Shit'.

I don't read Radish's posts and I like him (have exchanged PMs). They do reference football though, as well as wanking, Frank Lampard, chickens and his holiness the 14th Delai Lama.