However, a number of sitcom characters have borne scant resemblance to their underlying actors.

To illustrate my point, I give you: 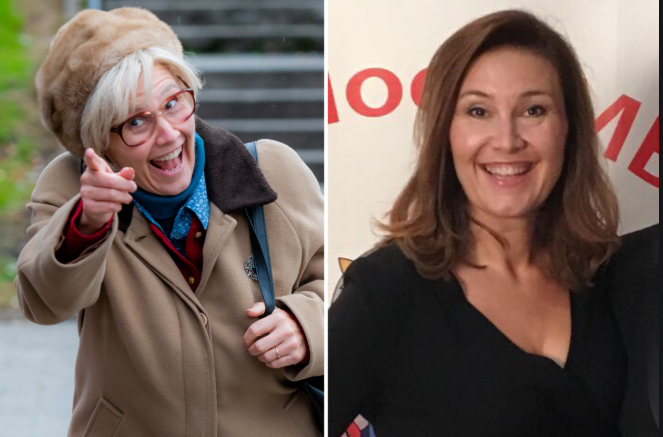 On the left, we have Isa Drennan from the utterly sublime Scottish sitcom "Still Game".

At the risk of appearing unwoke, I have to say I most definitely wouldn't.

On the right, we have Isa before she went into the make-up room: the spectacularly talented comedy actress, Jane McCarry.

I shall say no more.

Caroline Aherne was very attractive I thought,not as Mrs Merton though.

Phwoar! If she's good enough for Hooky...
Jennifer Saunders is pretty versatile. Did I ever mention Happy Familes?

Adil Ray as Citizen Khan was quite elaborate, and Sanjeev Kholi in Still Game.

Joan Sims as Gran in "Till death us do part"

And of course. Michael Bates as Rangi Ram in "It ain't half hot mum"

Paul Whitehouse had some different characters in the Fast Show too,I think.