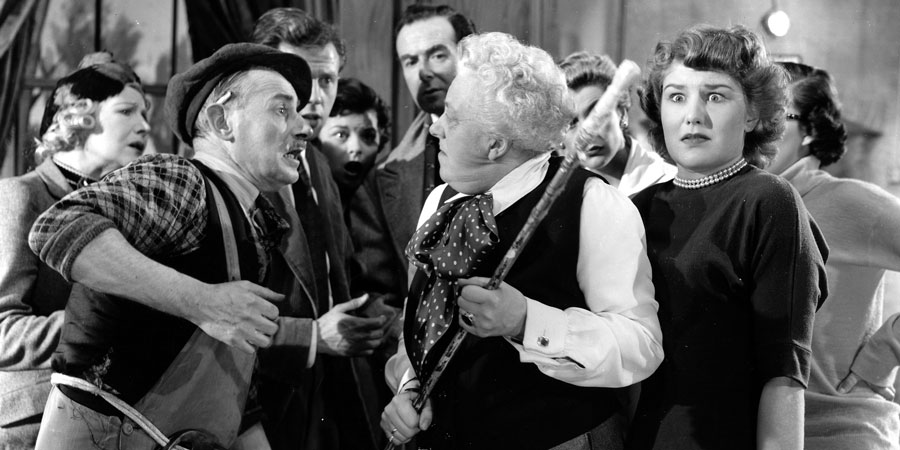 Allegedly a light comedy and so it should have been with the likes of Robert Morley and Margaret Rutherford and maybe the stress should be on "light" as I didn't find this funny in the slightest, which is borne out by the mixed reviews on the IMDb, one of which said "One of my favourite British films of all time" - we must have been watching different films that's all I can say about that review.

Also starred Michael Medwin and the gorgeous Kay Kendall who tragically died so young of cancer.

Margaret Rutherford's husband Stringer Davis was in it, oh! And there he is - Sam Kydd as an uncredited ambulance man. All's right with the world

No, it's not the outright funniest by far, but I do like Curtain Up. Rutherford, as ever, is glorious.

Absolutely, she was in one of my all-time favourite films "!'m Alright Jack" of course and was superb in "The Happiest Days of Your Life" WITH Alastair Sim - Sheer Joy! Couldn't get better - two wonderful actors for the price of one.