We have one for "TPTV Films" and one for the excellent shorts that are "Glimpses", so as these appear to be regular on that channel, I thought they deserved a thread of their own. They are great, approx. 30 minutes long (with no frills of course) and are based on the true (?) files from Scotland Yard.

I won't say what was mysterious about it (never knew there was such a thing, until I Googled it) just in case someone is waiting to watch same.

And who should turn up in this one? None other than Colonel Pritchard from Dad's Army as the S.Y. Inspector - he wasn't in it every week, but go on you can look him up.

I recognised him straight away.

AND the ubiquitous (uncredited, even though she played a fairly key part and had lines!!) Edie Martin - The Ladykillers, Too Many Crooks etc. etc. My Goodness! She may have never have had any major parts but she certainly appeared in MANY films with a LOT uncredited. Tiny little old (was she ever young?) lady who always, as is often the case, stole the scene - especially as she did in Too Many Crooks as Terry-Thomas' mother.

Small observation:-
I remember that the police cars in around WW2 were nearly always Wolsleys , but I didn't remember them being the monster 6/80 saloons with the little illuminated "Wolsey" badge on top/front of grille. 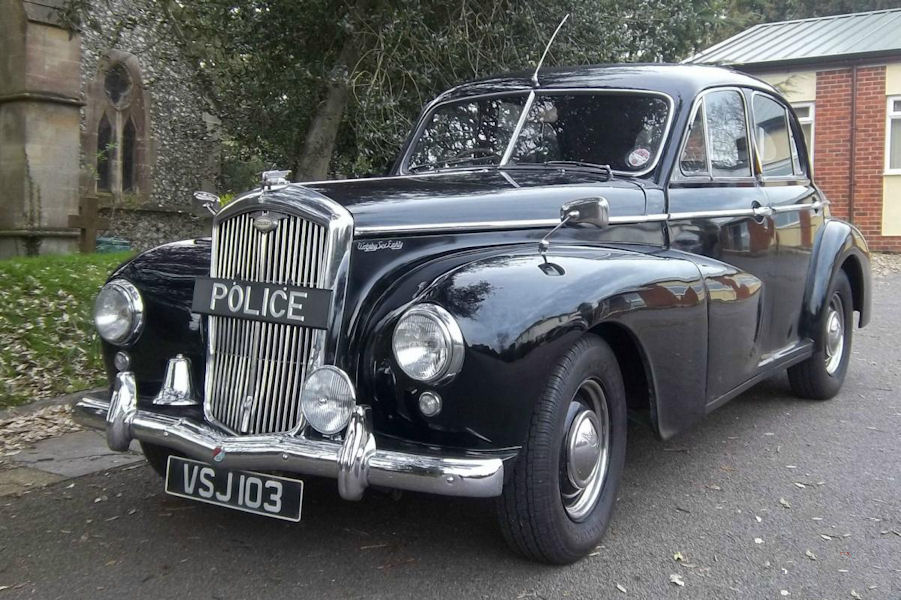 The French has sirens in the early days when we had bells, I think.I'm sure they were on Maigret.

Messy laboured plot and the only actor of note is Jill Bennett, UNLESS of course you want to include Captain Mainwaring as the Scotland Yard fingerprint expert with an uncredited part, but I think he did say a couple of words, and they weren't "Stupid boy"

Do you watch this station full time?

No, but my digi-box is set for the films I want to see (I am quite selective), the Scotland Yard and Glimpses series permanently.

The SY shorts are only 30 mins. long and not on every night - ditto with the Glimpses which are much shorter and sometimes under 10 minutes - hence the title.

And the main thing of course is that I am retired and both my wife and I like these sort of films - with a start, a middle and an end that don't leave scratching your head.

When are the Edgar Wallace films on? I used to enjoy them.

Incidentally how many TPTV threads are you going to start? You could upset our lord and master you know.

When are the Edgar Wallace films on? I used to enjoy them.
Incidentally how many TPTV threads are you going to start? You could upset our lord and master you know.

This was a one off film based on one of his stories, and yes I would like to see a series of his - I have quite a lot of his made for cinema series that I remember seeing at the cinema in the 60s on DVD., Excellent!

- those three (it did start off as one). I did ask Aaron if we could have a Film Thread (for non-comedy) but he wasn't keen.

......................Captain Mainwaring as the Scotland Yard fingerprint expert with an uncredited part, but I think he did say a couple of words, and they weren't "Stupid boy"

I haven't got now the brilliant digi-box you could quickly burn a DVD off to then screen print on the PC, so this again is a camera shot of my TV screen which is of course not the best.

He's one of those actors who, like Edie Martin, appears to have always looked the same. 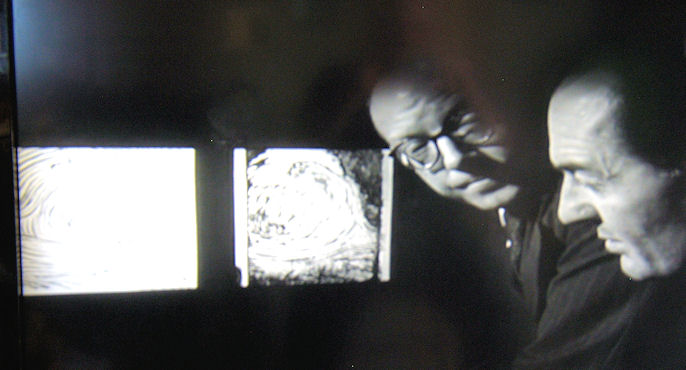 IMDb blurb :-
"Scotland Yard detectives investigate an insurance scam, where a "drowned" man proves to have been dead before he was thrown in the water." Says it all really, and a nice little twisting little tale with no one of note in it, with only the morgue attendant's habit of marking the feet of the deceased with a number in indelible pen (Ahh, remember those days

- no Magic Markers then), and this proves to be the only very slim evidence they have to work on.

Really good murder mystery with this one - a sort of two murders for the price of one, ably sorted out by The Major from Fawlty Towers (Ballard Berkeley, playing Inspector Berkeley), Rita Webb again against form playing a well-spoken lady and amongst others Gretchen Franklin who I think was in Eastenders? Dunno as I have never watched the load of bollocks
Yes, really enjoyed this one.

AND - an odd bit of trivia pointed out on the IMDb "Bizarre moment roughly five minutes into the film when Inspector Reynolds enters the pathologist's lab and playfully wiggles the corpse's big toe." YES, I thought at the time - WTF!? Why, and was it in the script?

Not fair on the actor playing "dead body"

Not fair on the actor playing "dead body"

You've probably already told us Herc but what days and time is this on?

You've probably already told us Herc but what days and time is this on?

Sorry, can't help you Chappers as it is a permanent series link on my digi-box and they are recorded intermittently and so, as with the "Glimpses" series, they appear to be used as fillers, what with them being only half hour or so.