Fairly modest murder mystery again with freelance news reporter and girlfriend trying to solve a murder ahead of the police so he can make a big scoop for the local rag.

The reporter is played by boring tit (seen him before) Peter Reynolds, but the stars of the film were the fledgling Honor Blackman as his girlfriend, Michael Balfour in a more important role, instead of bit part, as a photographer, Gordon Jackson (Upstairs Downstairs butler) and briefly, Katie Johnson of "The Ladykillers" fame.

One or two plot holes, but not a bad film for a B picture.

I don't know why I watched this, as musicals are certainly not my sort of film, but the story wasn't bad and I think I wanted to see how the star Marjorie Browne, held up against the original lass from Lancashire, Gracie Fields - had the voice, but not Gracie's comic turns. She made only 4 films.

Didn't know anyone in this, but had its moments when some of the "turns" in the theatre were real life music hall performers, such as Vesta Tilley.

Apparently, Leslie Phillips had an uncredited bit part, but I didn't notice him, but then I've since him sans tash in other films and he was just about recognisable.

Quite a long film for its time, but I managed to fast forward sections without losing the plot.

Dire London "gang" consisting of three of them (one Freddie Mills - laughable) into diamond smuggling, behind a coffee bar run by the boss, are threatened with exposure by a newspaper and kill the owner. The main drunk reporter, played by Pat O' Brien (the priest in "Angels with Dirty Faces (1938) with James Cagney) gets involve.............I really can't be bothered to go any further, so here's the IMDb summary :-

"A boozy old reporter finds his life is falling apart around him. He loses his wife and then his job. He is dragged back to reality when his son needs help. He goes to ask for his old job back but finds his old boss dead in the office ..."

Also had Miss Moneypenny in it (Lois Maxwell) and well, it was simply a rubbish, boring film. Oh, and "introducing" Tommy Steele singing a bloody awful song "Rebel Rock", which was remarkable as he managed to sing it in the coffee bar on his own with a full pop group that didn't exist - toe curling. Absolute crap. About as rock and roll as a bunch of carrots, whatever that means.

Miss it at your peril.

Not a comedy at all but I watched "Emergency Call" this morning which had an interesting cast.

Also called the "100 hour hunt" it was about doctors trying to find potential donors for a young girl with a rare blood type.

Jack Warner (Dixon) was the main star but it also featured Sid James, Thora Hird, Dandy Nicholls, (Boxer) Freddie Mills, Nosher Powell, Sidney Tafler, his real wife and daughter. There was also an attractive actress called Avis Scott who apparently was fired from the BBC for boing too sexy for British TV.

Not a comedy at all but I watched "Emergency Call" this morning which had an interesting cast.

Also called the "100 hour hunt" it was about doctors trying to find potential donors for a young girl with a rare blood type.

Jack Warner (Dixon) was the main star but it also featured Sid James, Thora Hird, Dandy Nicholls, (Boxer) Freddie Mills, Nosher Powell, Sidney Tafler, his real wife and daughter. There was also an attractive actress called Avis Scott who apparently was fired from the BBC for boing too sexy for British TV.

"boing too sexy" If she was boing all the time having sex, I'm not surprised she was fired - dirty girl!

Sure I'd seen this before, but remembered nothing of the plot and ending, so watched it again as it had Jack Warner starring in it, he being one of my favourite actors, and in this he'd been promoted from PC Dixon on the beat to a DI.

Little girl is dying from leukaemia and urgently needs a blood transfusion, but is a very rare blood group and so the chase is on to find three donors...................ALL of whom the doctor (Anthony Steel) and police have trouble finding for one reason or another - each person having their own back story. One of them for instance is the boxer turned actor Freddie Mills, actually playing a boxer in this with his manager being one Sid James who was perfect for the part of playing somebody in the dodgy sleazy world of that sport in the 1950s.

The one unique feature of this was the little girl was the real life daughter of the distraught mother Joy Shelton, who was the wife of Sydney Tafler who was also in the film playing the part of a small time crook. Nothing like getting all the family involved.

Worth a watch film actually, with three good sub plots.

OK. I'm guessing that was your previous review (which I hadn't read before).

The trouble is nobody found out what happened to Freddie Mills after he donated his blood.

BFI did a good restoration of this a few years back.
Was it this version?
It's a lovely film.

Tad dismissive Dave, but I forgive you.

BFI did a good restoration of this a few years back.
Was it this version?
It's a lovely film.

Yes, a superb film, that is one of my all time favourites, and "introduced" by another fave actor Mervyn Johns, and very moving in parts. I watch it about once a year, having made a DVD of a broadcast sometime ago.

Absolutely brilliant WWII propaganda film based on a Graham Greene novel about 5th columnists helping the Nazis to make landfall in the UK.

No one has a bad word for it on the IMDb, with loads of 10/10, which it thoroughly deserves.

A superb film you must see!

This didn't have one redeeming feature. Script, cinemaphotography, acting, scenery etc. etc. all f**king crap.
Doctor set up for murder tries to clear his name and solve the murder with a female press photographer and be (yawn, yet again) one step ahead of the police.

Things going for it were a nice huge American car, Campbell Singer as the police inspector (have always liked him) and Patricia Laffan, the Amazon who dominated in "Devil Girl from Mars", when she played Darth Vader's mum. 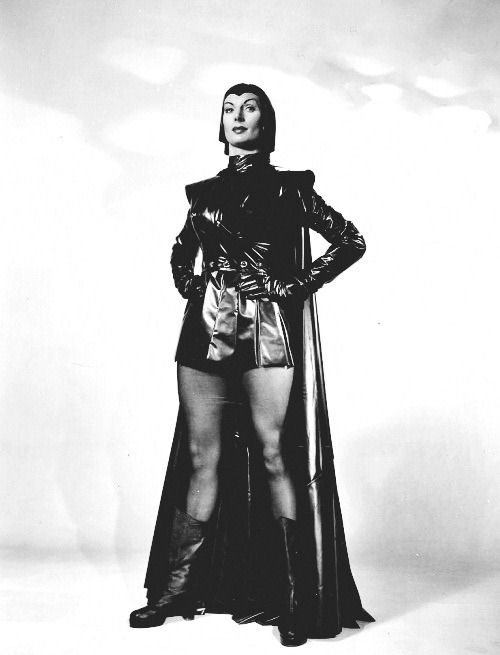 Yet another Saturday Morning Pictures CFF film of kids solving a crime while adults and the police think they are idiots and making it all up. VERY formulaic I notice now, with the usual 3 or 4 child actors disappearing into the sunset, never to be heard of again, but this did have a 12 year old Frazer Hines as one of the children in it who did many, many of this sort of film and went on to have a very successful acting career, still acting now at the age of 77.

So, kids touting around a Guy for November the 5th "Penny for the Guy, mister?", hence the film title pun, and stumble upon some baddies trying to steal, this time, a brief case sized gizmo for, I think, improving the performance of oil.
Only actors I knew in it were the Welsh actor Meredith Edwards and a very brief appearance of an uncredited Arthur Mullard.
What made this film a gem, is the scenes around London and some of the vehicles used, I'd never heard of. Reelstreets caters handsomely with the now and then views from the film and the IMDCB came up trumps with to cars totally new to me - a 1937 Railton Eight Fairmile soft top tourer and a peculiar three wheeler in the shape of a 1956 Vernon Gordon Three Wheeler. 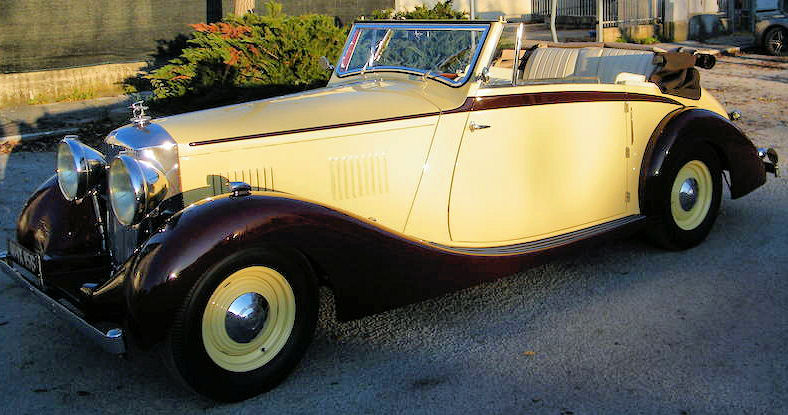 Now this Gordon was a revelation as it was made apparently for only 4 years, from 1954 to 1958 and was financed by the Vernon Pools company. From Wiki:-

"The company only manufactured one model, a three-wheeled two seater with a single front wheel. The single-cylinder, 197 cc, Villiers engine was mounted next to the driver (RHD), outside of the body with an external chain-drive to one rear wheel. Access to the interior was via a single door. The steel body had a folding fabric roof, and at £300 it was the cheapest car on the UK market."

And I wouldn't be surprised if they supplied this vehicle FOC for the film to try and get some publicity, and by the way, £300 wasn't cheap in the mid 1950s - equivalent, according to the Bank of England, to £8,000 today!! I'm sure I could have found something better to drive around in than this with the engine screaming its head off next to you!

Another in the Saturday Morning Pictures series from the CFF, being typical fare of kids solving crime with the child actors never being heard of again or are in the odd prog. before disappearing into the sunset, but this one did have somebody called Judy Geeson. A 15 year old geeky, plump looking girl who would go on to become one of the sexy Geeson sisters we all came to fall in love with - well, I did

Also had in it a certain Arnold Ridley looking a bit more sprightly than he did some 6 years later as Pte. Charles Godfrey in Dad's Army, of course.

Otherwise not anyone else of note in it, in this tale set in Sheffield, where someone in the steelworks is selling details of a new alloy to a foreign agent, and the children lead to his capture with the help of a prize pigeon - riveting stuff!!

Some nice vehicles on view, especially (for some reason) a 1958 Pontiac Bonneville convertible owned by the Belgian (!?) "spy". Perhaps one of the crew owned it and got a fee for its use.

Yet another CFF with child actors who went on to have at least, this time, mediocre careers in the films. This one is about 4 of them round up their "gang" to thwart the theft of a collectable naval bell and a rare Goya painting.

Sort of amusing hour, and well catered for on Reelstreets with long lost views of in and around London, and long gone vehicles on the IMCDB.

Not bad for a kids' film, which I think would have been much appreciated by the Saturday Morning Pictures' kids, although this, dated 1966, would have been past my patronage as I was getting married that year.

Wedding in 66 ? I think I can guess it wouldn't have taken place on 30th July.

In those days you received a big tax refund if you married before the end of the tax year in April - mass weddings in the first three months of the year and you had to book well in advance.