The only person I knew in this was Boris Karloff who played a questionable butler to a high up Government minister who is trying to find out the true identity of notorious German spymaster Strendler, who seems to easily obtain top secrets to pass onto the Germans during WWI.

The film then develops into not only double agents, but triple too, so it becomes difficult to work out who are the spies and who are the genuine British Intelligence.

Good film though that gets you guessing right up to the end, and like me you would probably get it wrong as to who are the baddies.

Well worth a look.

Apart from Harry Towb (The Army Game etc.) I didn't know anyone in this film, let alone the lead part taken by yet another so-so American actor Alan Baxter.

"The wife of a night club owner frames an American writer for his murder.", says the IMDb blurb, which pretty much sums it up.

Not a bad film, but one I wouldn't watch again. Had some very nice cars in it though - two tone Humber Hawk, huge two tone Humber Super Snipe and an open top Sunbeam Rapier.

Didn't think I would enjoy this as it was listed as a film about smuggling off the south coast, and I'd seen enough of the type, but it was more than that and was quite gripping with a woman trying to forget her past by taking over a small coastal inn - and then things start to happen.

Harry Towb again, in his first feature film, with the ubiquitous Michael Balfour and the superb Dora Bryan in her usual role of dotty no nonsense barmaid/cleaner/friend to the landlady Jane Hylton, an actress I'd never heard of.

Leading man was the deceptively tall Derek Bond, and that's about it for me as far as recognising people is concerned.

One of those films that again over the years I have seen in bits on a lazy post pub Sunday afternoon on'telly, so I was determined to watch all two hours of it in a straight run.

Loads of stars, including one of my favourite actors Robert Donat in a lead part, and I see from the IMDb that the lad who played the Winslow boy (based on a true story by Terence Rattigan) was then in the remake over 50 years later - in a different part of course!

The boy is sacked from the Naval college after being accused of stealing a 5/- postal order without a fair trial and his father (the brilliant Sir Cedric Hardwicke) virtually ruins the family by employing one of the top barristers (Donat) to take the Royal Navy to task over it.

Really good, though I thought a disappointing end, as though they spent all the time telling the story and ran out of time/money to show the full court case.

Wouldn't have normally bothered with anything in the 60s unless it was special, but TPTV listed this as 1960 so stretched a point as it looked quite good and turned out to be a nice little murder/thriller - BUT that bloody background big band jazz music so common of films of that period was effin' annoying!!!

Anyway, only recognised James Hayter, Renee Houston and Michael Ripper, and there was a car I didn't recognise. 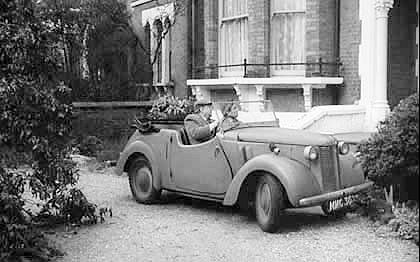 Anyone any ideas?
I think it might be a 1939 Standard Flying Eight Tourer

I only watched this because John Mills was in it, where he played a louche wastrel son of a very rich man who made his fortune the hard way in mining in Australia, before coming back to the UK.

So, to cut a long boring story short he gets to the end of his tether bailing out his son. He confronts him at the house of a married woman he is carrying on with and takes a bull-whip to him, and it is at this point I burst out laughing at Mills whooping in pain and the woman in clipped posh voice protesting. Mills then completely changes character, thanks his father for knocking some sense into him and goes off to Australia with a local girl he knocked off previous, and everyone is happy.

I can expand, but won't. There was no one else in the film I knew, and thank heavens it was short.

Not a bad little film with only one person I recognised and that was the diminutive Edie Martin in an uncredited very minor part.

Couple very much in love - her father strongly disapproves and tries to buy him off via a third party who gets killed and so the man goes on the run. Finishes up in South Africa where he continues to be a laboratory scientist until one day he's involved in an explosion and gets (supposedly) badly scarred.

Now barely recognisable (!? I don't think so) he comes back to England to find his first love who has since married. She still loves him but can't forgive him murdering the money go-between those 4 years previous. He didn't do it and by a stroke of "luck" (and very quickly) the police find the culprit and all ends well.

The end is too rushed, as it so often is, but not a bad film, though they could have made him a bit more disfigured - shaving his moustache off and changing hairstyle doesn't exactly make him a complete stranger.

The Lost Hours (1952) The Big Frame (Wha!?) - Bloody Yank title. Job to find this on the IMDb and had to go with a bit of guess work via Jean Kent.

During a London reunion of a World War II RAF unit, an American test pilot Mark Stevens gets into a fight with one of his others, who is drunk and belligerent.

During the evening the Yank takes the wrong drink off a tray, which is drugged and meant for the arsehole who was causing trouble, so the person who organised this uses it as an opportunity to blame the Yank for the murder of the arsehole - the next day the pilot wakes up in a strange hotel room with blood on his suit, and can't remember how he got there. Then he discovers that he is the prime suspect for the murder, and has to stay one step ahead of the police (with the aid of Jean Kent) to find out what really happened.

Others in it were John Bentley (Crossroads soap), Ballard Berkeley (Major in Fawlty Towers), Thora Hird (briefly) and ITMA Sam Kydd (Hurrah!) as a motor mechanic, and there was a fabulous *Jaguar SS Sports Saloon* featured. 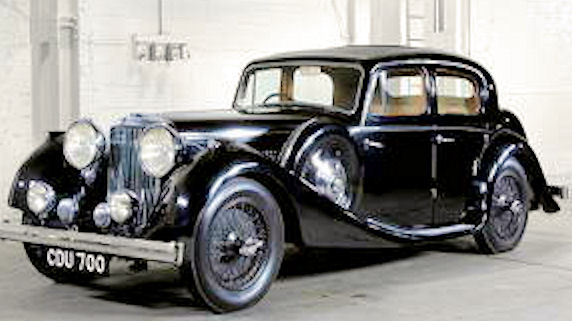 Not a bad little pre war film about a spate of jewellery thefts in one local area, with the local police baffled and needing to find out the mastermind and fence.

Only two people I knew in this - the kindly old (I don't think he was ever a young man!) Felix Aylmer and (Sir) Donald Wolfit, mainly known for his stage work, being a rival to Laurence Olivier some would say.

Quite enjoyable and worth a look, and the sped up fight sequences were hysterical.

Our Canadian American Lee Patterson again, this time as a nasty GI who is AWOL from the USAF, and who comes to kill a blackmailer, only to find another woman victim has accidentally killed him, or so she thinks, and so Patterson takes her hostage and uses the situation to blackmail her into giving up a haul of jewellery that her late father had stolen and hidden somewhere, and she does not know about. Odd to see Victor Maddern as a police detective this time.

Develops into a nice thriller, but as is the case with these cheap B movies, the end is rather abrupt because lack of budget?

Love from a Stranger (1937) Yank title A Night of Terror

A film, it seems, that has been made a number of times on the screen and TV, and is based on a play, which was based on a short story by Agatha Christie.

American actress this time (Ann Harding) wins the lottery (didn't know they had one in pre war times), ditches her fiancé as she is entranced by new suitor/gold-digger with also evil intent, played menacingly and very well by Basil Rathbone.

Bit of trivia gleaned from the IMDb - 31 year old Joan Hickson again in a bit part as a teenage backward servant girl, no mistaking her voice, and a Jean Cadell as the aunt who apparently is Simon Cadell's grandmother and if you view the photo her, you can see the family likeness. There you go, summat and nuthin'.

I've only ever seen him as Sherlock.I imagine he would do menace very well.