Thought I'd give this another look as I hadn't seen it since the mid-60s when it must have been a second feature as I certainly wouldn't have seen it in 1959, and wouldn't have paid to see it as a main film.
Quite creaky now, BUT the binoculars murder still haunts me, especially IF it was based on a real crime from the Police's Black Museum, which does exist somewhere in London.

Even now, with binoculars have owned for a number of years, I will still turn the focussing knob before I put them up to my eyes.

"The Black Museum... a repository of death. Here in the grim stone structure on the Thames which houses Scotland Yard is a warehouse of homicide, where everyday objects... a woman's shoe, a tiny white box, a quilted robe... all are touched by murder"

A 45 minute programme on Merton Park Studios on TPTV on Thursday 7 November 4.45pm. Could be of interest. I went to school just round the corner from there.

M of I short (about 5 minutes) on basically what to do if you come across a German parachutist, and quite good actually with a "how to spot a German". Despite perfect English they let themselves down with pronouncing such words as 'Yarvis Cross' for 'Jarvis Cross', and this was a similar key moment in.............................

I think the idea was then developed into the excellent full-length film of "Went the Day Well?", which I can highly recommend if you ever get a chance to see it, as it expands on that theme bringing in Fifth Columnists and is quite moving in parts.

I also noticed in the credits that all the actors gave their services free, which was what even Edward G Robinson did when he had a part in "Journey Together", another IWM propaganda film.

About the sea/rivers and guiding ships?

No, this is a film from the Crown Film Unit via the IWM about the very brave people of the Air Transport Auxiliary who flew new planes from the factories to where they were wanted AND with no armaments or radio, so they could not be contacted if they were flying into trouble as was the case of one pilot flying into a squadron of German planes on a bombing raid. Fortunately for him, the bombers were picked up on radar and a couple of Spitfires dealt with them.

These pilots came from all walks of life (doctors, teachers etc and many were women of course) and had scant knowledge of each type of plane they had to fly. Fascinating documentary, especially when they witnessed a Spitfire test pilot put a new plane through a VERY risky series of manoeuvres.

Bought this on DVD (eBay S/H thank heavens) and it appears on TPTV (Grrrrr).

Delightful film with wonderful actors in it, and as somebody on the IMDb put it "Christmas movie for people who don't like Christmas movies", which just about sums it up, with odd bit of gentle humour too.

I did mainly watch this for Celia Johnson whose biog. I'm still reading as I wanted to see how her acting compared with "Brief Encounter", which is one of my all-time favourite films.

Also notice that her daughter Lucy Fleming (niece of the famous Ian) is in an ITV film of "Uncle Silas" on TPTV this week, it being from the late 60s series of Gothic horror/suspense "Mystery and Imagination" - Wed. 12.05 AM.
Is this a new trend on TPTV to show the odd TV drama? If so, it is most welcome.

EDIT - Just noticed that Dudley Sutton is in it, if you're a fan of his.

Disappointed she wasn't named by her uncle. Positively Fleming, for example?

Disappointed she wasn't named by her uncle. Positively Fleming, for example? 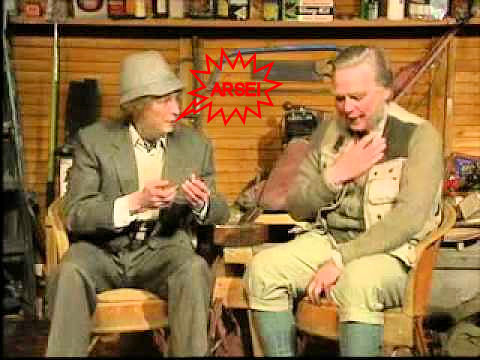 Uncle Silas (1968) from the ITV series "Mystery and Imagination"

Quite enjoyable and only watched to see what Celia Johnson's daughter Lucy looked like, and I have to say she was very fanciable!!

Typical mid-60s production, but nonetheless enjoyable tale - a storyline which I had often wondered about. Odd to see Dudley Sutton playing one of the main characters Dudley Ruthyn and so I did wonder if that is why he got the part as he looked out of place, but having said that I was viewing it having seen him previous as usually a small-time crook/thug or Tinker in Lovejoy.

Wondered what Victorian Gothic pile it was filmed at, and was amused at the moving scenery in the studio sets, especially when a heavy secure oak door was being barged open and the entire door frame and surrounding wall moved too!

Thank heavens this was only about an hour long as it is one of the worse I have ever watched with not one redeeming feature APART FROM an uncredited John Le Mez appearing in his first cinema release, albeit he was only in it for a couple of brief scenes as a newspaper editor's runner.

Supposed to be a sort of docudrama centred around the newspaper reporting of a grisly murder, but the script was bad, the acting hammy, the camera work amateurish and the continuity abysmal, AND it didn't help either that it was an awful copy as the sound track was terrible!

£5 fine if you pull the communication cord (chain) to stop the train...............ahh, those were the days as I'm sure many of us used to look at it, like the big red button that says "Do not push", but Richard Todd does as he's on his way for a dirty weekend with his mistress and from then on the plot twists and turns., as he has second thoughts and legs it while the train is then in collision with a goods train.

I enjoyed this as it was something a bit different, though slightly disappointed with how it all turned out in the final scene - prior to that it had been quite gripping.

I see from the IMDb that an uncredited Roger Moore and (unrecognisable) Arnold Ridley (Private Godfrey) were in it.

One of the Manchester Studios films this time, and I have to be honest it's not up to scratch as far as production issues are concerned as it looks like something that was made before the war, although it is set in WWII.

Still, am a great fan of Jack Warner and this made it quite enjoyable for me - boy meets girl below his social standing and both sets of parents strongly object. Not quite "those people next door", but they were provided by the Twiggs (Jack Warner's family) and their neighbours the Higgins who are constantly coming in to borrow things and never paying them back, which was a bit annoying as I would have told them to 'F Off' if it was me.

Fans of old-fashioned comedy starring big names from times gone by might want to set their recorders for 6pm tomorrow night Tuesday, 10th December when the 1971 Christmas Special episode of For the Love of Ada will be screened on Talking Pictures TV.

For those unfamiliar with that particular sitcom, I can tell you it stars Irene Handl and Wilfred Pickles - and that's nostalgic enough for anybody, surely?

Unfortunately,I think they still do.

As is so often the case with TPTV, the film was preceded by a warning about offensive language.

There was no offensive language in the film but there is an occasion upon which a German officer confiscates a bar of chocolate from a British POW. Having argued about the confiscation but in the end surrendered his chocolate, the unhappy POW walks away from the officer and mutters "Clot".

As he does so, the subtitles read "Twat".