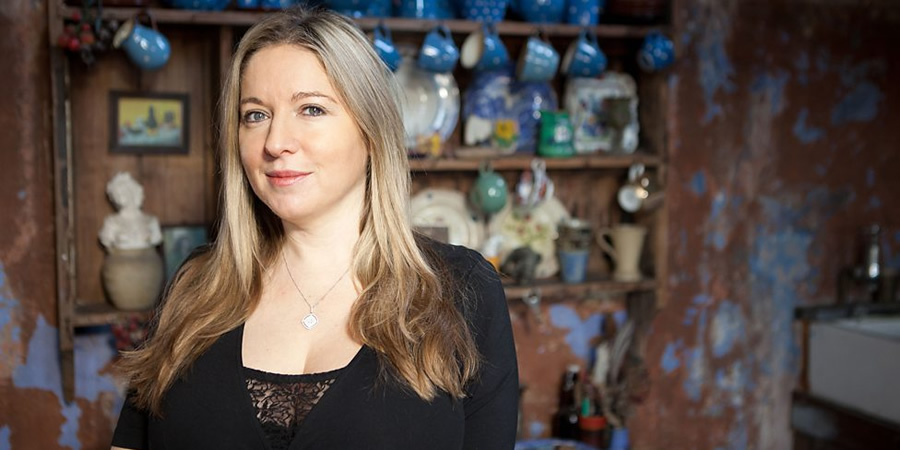 On BBC's Radio 4 "Heresy" program recently, there was a discussion about throwing milkshakes at people of whom one disapproves.

Jo Brand asked, "Why bother with a milkshake when you could get some battery acid?"

I'm sure the quip provided no end of amusement for ex-model Katie Piper, her friends and family and for several other people who have been grievously harmed in exactly that way.

It wouldn't surprise me if a great many yobbos were now collecting battery acid for just such a purpose and I await with increasing horror the first evidence that any such creature has taken Jo's advice.

In her defence, it might be said that it was only a joke.

Fair enough, one might say - but one might just as easily say that Danny Baker's chimp photo was "only a joke".

On balance, however, I'd much rather someone liken me to a chimp than throw a beakerful of acid in my face, wouldn't you?

So, I wonder what will now happen to Jo Brand?

Will she be sacked as Danny Baker was sacked?

No, I have a feeling it's going to be one law for Danny and another law for Jo.

The BBC has defended Jo Brand, suggesting the joke was "not intended to be taken seriously".

Likewise, Victoria Coren Mitchell has defended her, saying "all people should be free to make jokes about anything".

Commendably liberal attitudes, I have to say - but I wonder what the BBC and Victoria would have said if a white male comedian on the show had suggested throwing acid into the faces of, let's say, non-white immigrants or perhaps the faces of annoying ex-wives/girlfriends?

Call me a cynic if you will but I have a feeling they would have taken a rather different attitude.

I don't think it's going to influence anyone because it is Jo Brand after all but it still irresponsible to say something like that on the radio. Acid attacks are at an all time high so she should have known better and had self restraint. She could have conveyed her dislike in another way.

I accept totally the BBC's submission that the remark was not intended to be taken seriously and I can even accept that Victoria Coren Mitchell believes anybody should be free to joke about anything.

I didn't listen to the show in question but I believe there was a Holocaust joke on the show and what with Victoria being Jewish and everything, she clearly takes a very liberal attitude to comedy.

I don't think any action should be taken against Jo Brand: I just wish comedians (and members of the public) of all genders, races, religions, sexual orientations and levels of disability were allowed to operate on a level playing field.

I find a lot of these panel shows have comedians that do say some very nasty comments,which aren't particularly funny but the audience guffaws in the studio,as if what they said was edgy. The whole milkshake throwing thing I find completely puerile but notice on Twitter some so called adults think it is a great political statement

The problem with her choice of words and the fact she is one of the least funny people on earth is that it sounds like she was having a discussion and sharing opinions and then realised she had to say it was a joke and not a funny one. I don't get offended easily and know it happens far too often these days when people get fired from the pressure of social media and that shouldn't happen but free speech still has limits.

The problem with a lot of these statements that come from comedians is there not funny, so they fail on two levels.

Do you think Nigel Farage will change now? It'd nice to think so.

It seems the BBC has today removed the offensive remarks from its recording on iPlayer.

Don't tell me Jo Brand is going to go the same way as Jonathan Ross and Russell Brand!

I assume Nigel Farage will be taken to task by the BBC the next time he says something offensive. . .

Instead of battery acid she should have said a bucket of stale piss, there'd be no problem.

I assume Nigel Farage will be taken to task by the BBC the next time he says something offensive. . .

Offensive? Disagreeable to some perhaps (possibly 48.1% of the population). Controversial undoubtedly. But offensive?

Very stupid remark,I think.
Women actually do get acid thrown at them these days.

Very stupid remark,I think.
Women actually do get acid thrown at them these days.

It's not a new thing, but regardless, this is a completely different context.

It's not a new thing, but regardless, this is a completely different context.

Is it? As Rood says I can see some nutters will take her advice.