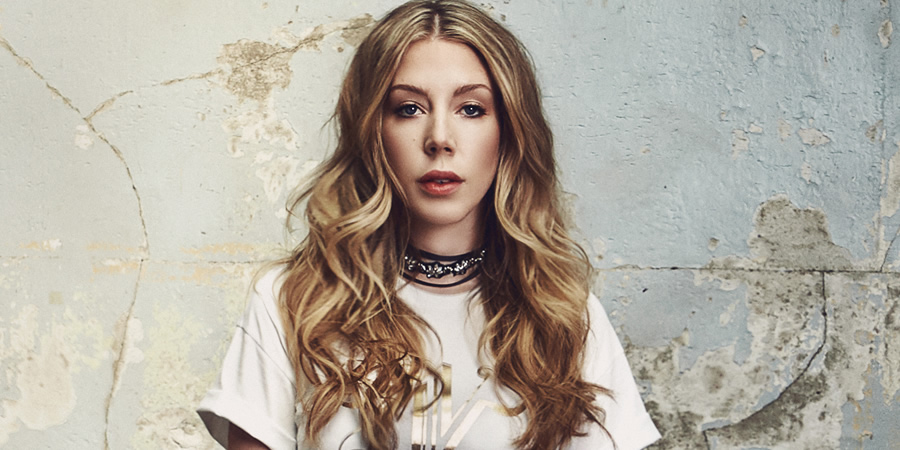 In less-enlightened times, comedy forums would frequently discuss the topic of whether or not women stand-up comedians were actually funny.

Even today, when it is widely acknowledged that the very best women comedians can reasonably be mentioned in the same breath as the very best men comedians, the question is often asked whether or not those women comedians have all the qualities possessed by the best of those men. As well as being very funny, can they think on their feet? Can they be topical as well as general in their comedy? Can they make comedy writers in the audience gasp and think "I wish I'd written that."? Can they make seriously funny jokes that involve subjects considered taboo by most members of the public and most of their comedy colleagues?

In the case of Katherine Ryan, the answer to all those questions is a resounding "Yes, and she can do much more besides."

For my money, she is one of the finest stand-up comedians on the planet - regardless of gender.

I saw her do a routine on Live At The Apollo and she was very funny and I like her on panel shows. She doesn't care what people think and speaks her mind which I like. A different level compared to people like Sarah Millican who has yet to say something funny.

Shappi Korsandi is also someone who can make me laugh.

Have to agree, I went to see her live last October and thought she was brilliant. She's great on Cats Does Countdown and her Netflix special was also worth a watch. For me, she's the best female comic around at the moment.

Agreed. Looks like the TV has also noticed Katherine has got the lot. Jo Brand is probably thinking, "Oh bum, pass the cake". I would also add in Shappi and Luisa Omielan as representing three of the strongest female acts in the UK. All immigrant or the children thereof, incidentally.

Saw her live last October......very funny and is one of the best comics around at the moment

I've been a big fan for a good number of years now. Very funny lady indeed. I can heartily recommend following her on Instagram, if one is into that kind of thing.

Looking forward to seeing her live in London in September.

I swear she could turn Mr Humphries!

Saw her live end of 2017, she was hilarious. Very funny lady indeed.

I must be missing something.

Lover her comedy. But I don't quit get why she states she's not classically good looking . That photo looks classic, modelesque to me ?

I don't quit get why she states she's not classically good looking . That photo looks classic, modelesque to me ?

To be fair, she's probably not a classic beauty.

That photo shows her after years of Botox and fillers in her face and, if you look downwards from her face, you'll see the fifth and sixth tits she's had since puberty.

I prefer a woman with a slightly strange face: the best of them will outshine a classic beauty every time.

No matter how Katherine has achieved her current appearance, she's a stunner in my book.

She talks about the popularity of DNA tests in order to establish one's genetic heritage. Usually, people turn out to be a mixture of almost every race on earth but Katherine tells us her DNA test showed she is 96% Irish.

She puts that down to thousands of years of incest and she fears that she is so racially pure she's likely to be abducted by Nazis and used in some dystopian breeding programme.

Katherine is back in the news today, saying she abandoned "Mock the Week" because she's just about the only woman the programme-makers ever wanted to be on it.

Her view appears to be that, if only one woman can be on the show in any one week, if she abandons the show it will give that opportunity to other women comedians.

A selfless and laudable attitude, to be sure but the snag is that the blokes on the show are so competitive and so "laddish" that it's difficult to find another woman comedian in Britain who can hold her own in that company.